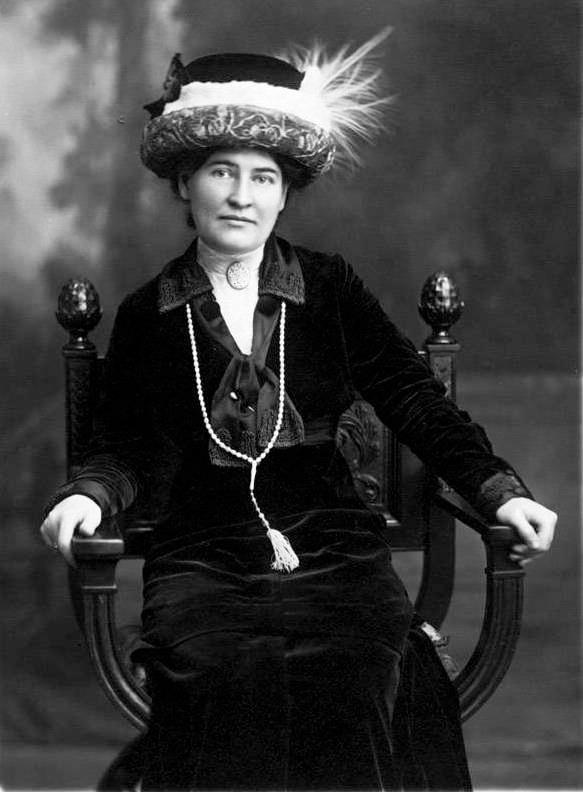 Smithsonian magazine reports on an unfortunately unusual occurrence set to happen this coming New Year’s Day.  For the first time since 1998, the copyright on many works is expiring, thus adding to the public domain.

My reaction to this: About. Damn. Time.

Disney has led the copyright lobby and could be said to have literally turned copyright into a Mickey Mouse operation (Steamboat Willie, the first appearance of Mickey,  is not set to enter the public domain for another five years). These works should have hit the public domain long ago, and the stroke of midnight signaling the beginning of 2019 can’t come soon enough to actually make this official.

If you want a real eye-opener, start with the Statute of Anne and follow copyright law through to the present day. The original term of copyright was 28 years–the latter 14 of which returned to the author no matter what. Given the rapid obsolescence of modern electronic media, I have to wonder just how much sense the current term of decades after the life of the author makes in the present day. (The public domain becomes moot when the original physical media from a century ago has long since become unreadable and obsolete. Okay, so the copyright restrictions on that VHS tape have finally expired in 2080, now it’s unplayable and the supply of VHS VCRs worldwide is down to maybe a couple of hundred, so what the hell are you going to do with it? We’ve already seen this problem with the nitrate film stock used for early silent movies.)

For quite a few more years we will start seeing works enter the public domain every January 1. Indeed, it will actually be a happy new year every year for some time, though we need to stay vigilant and keep Disney (and the other large media companies that form the copyright lobbby) from ruining it. 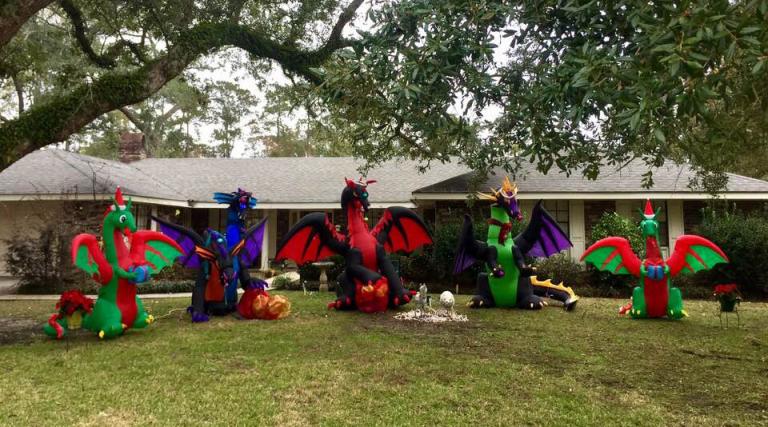 I know it’s a bit late for the most popular winter holidays, but I thought I’d weigh in on this one that went viral enough to be featured on at least one national (US) news outlet.

Friendly Atheist (among others) reported on a rather unconventional holiday display involving dragons. Diana Rowland tweeted a photo of the display and a letter from a “holier than thou” type neighbor saying the display would be “only marginally acceptable at Halloween” but “totally inappropriate at Christmas” along with the worn-out line that “[her neighbors wonder if [Diana] is in a demonic cult”. Where this neighbor gets his/her authority to judge acceptable way(s) to celebrate the winter holidays, as well as his/her knowledge on demonic cults, is not mentioned. Diana’s opinion of the neighbor who left the letter is mentioned, though, with the highlight being “judgy-mcjudgyface”.

What I personally would take exception to here, is the assumption that it is Christmas that is being celebrated with this display and not one of the dozens of other winter holidays. (And you know what they say about assumptions. Hint: look at the first three letters of the word.) I mean, I’m pretty sure I can rule out Boxing Day, Hanukkah, and Kwanzaa, but this could easily be a display for Yule or Saturnalia. Or, Diana could be starting a new trend and observing a day in December (could be the 25th, could be some other day) as Day of the Dragons. That’s how these things start, right? Doesn’t someone have to be first? Does one necessarily have to be in a “demonic cult” just to be a bit different? Isn’t that the reason some of the colonists came over to begin with (persecution, specifically for religious reasons)?

Diana, of course, did the responsible thing: she added halos to the dragons. And added more dragons, too. She also cited a Bible passage about mystical creatures which seems to fit the description of the dragons rather well. I think Diana did rather well given she has no obligation to alter her holiday display to fit some random neighbor’s idea of what a holiday display should be.

The alternative tack is, of course, “Of course this display is not appropriate for Christmas. Neither is, say, a giant menorah and dreidel, or [insert other non-Christmas holiday symbols as desired]. Why do I have to observe all the same holidays you do?” Personally, that’s my style, calling out the assumption out for what it is, and making the person writing an anonymous letter look like the fool (s)he is.  It’s unfortunate that this is the only way some can learn that some people observe different beliefs and different holidays than they do.