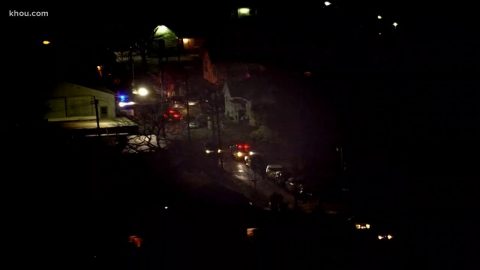 During the evening of Monday, 2019 January 28, the execution of a drug-related search warrant by Houston Police Department officers ended with five officers going to the hospital, four for gunfire-related injuries and a fifth with a knee injury (KHOU.com report). In the aftermath of this, the president of the Houston Police Officers Union, Joe Gamaldi, minced no words in calling those who fired back upon the HPD officers “dirtbags” in addition to stating the following (quote from a later KHOU.com story):

If you’re the ones that are out there spreading the rhetoric that police officers are the enemy, just know we’ve all got your number now, we’re going to be keeping track of all of y’all, and we’re going to make sure that we hold you accountable every time you stir the pot on our police officers. We’ve had enough, folks. We’re out there doing our jobs every day, putting our lives on the line for our families.

I feel the need to address these latter comments as a long-time outspoken critic of some activities of law enforcement and the legal system.

First, I have never advocated violence against law enforcement officers or others who work in the legal system (such as attorneys, judges, etc). I condemn the violence that occurred this Monday with the same vigor that I condemned the murder of Deputy Darren Goforth in 2015. The actions of the suspects are an outrageous affront to decent society and it is my hope that the officers injured in the shootout make the best and speediest recovery possible given current medical technology.

I get that as the president of a police officers union in a large city, a lot of the job is PR and, by extension, playing up the cops as the good guys. I wish I could say for sure exactly what was intended by the words “stir the pot” in this context. I would like to think that First Amendment-protected nonviolent free speech, in the form of criticism of law enforcement officers who betray the trust of those they are supposed to be serving and protecting, is not being targeted as “stir[ring] the pot”.

It is unavoidable that sooner or later, some cops will prove it was a mistake to trust them with the power of the badge. There are bad apples in every field: medicine (doctors, nurses, EMTs), fast food/restaurants, messengers/couriers, information technology (including internet help desks and sysadmins), marketing and PR, entertainment (including youth-focused classes of entertainment such as face painting and balloon twisting), just to name a few. It stands to reason that some who enter law enforcement and the practice of the people’s/state’s side of criminal law will wind up showing their lack of fitness to serve their respective professions.

The difference is that a bad cop or a bad DA can really screw up a life or even multiple lives with a mistake, more so than most other professions. When they do, we, the people, have the right to be heard and speak out about it. We, the people, have just as much of a right to hold law enforcement and DAs accountable as we do to hold anyone else accountable. Sometimes the last-ditch appeal to the press is the only thing that really works.

I get that law enforcement is a risky business. But don’t forget the US Constitution is part of those laws as well.