What the hell are they thinking with this petition?

A recent CW39 Newsfix story details a petition to replace the current Houston song, titled simply “Houston Municipal Song“, which has served us well for over a century (not that it was performed all that much after 1916; the video linked may well have been the first performance of that song in an entire century and change).

Not all change is bad, but the issue I have is what the aural turd they want to replace it with: Tops Drop by Fat Pat. Most of this track isn’t music. At least our current Houston song is actually, um, a song as opposed to a monotone. I’m not even going to bother linking it, it’s that bad, but a video of it is available on YouTube. (Ironically, the minute or so I had to skip to get to the actual track, I probably should have let just play as that was better than when the track actually started.)

If we want a new Houston song that is actually music (and I do emphasize those words on purpose), there are plenty of other candidates per Wikipedia. And I realize that list has a couple of choices in it that I would also disqualify as non-music, but many are still fair game. If we must change, let’s start the deliberations with the Gatlin Brothers tune “Houston (Means That I’m One Day Closer to You)” which got so much airplay on country stations back in the day.

Or one of us could write a new one. Or we could stick with the status quo. I’m fine, as long as the new song still has a melody. Anything but a crap track, please. 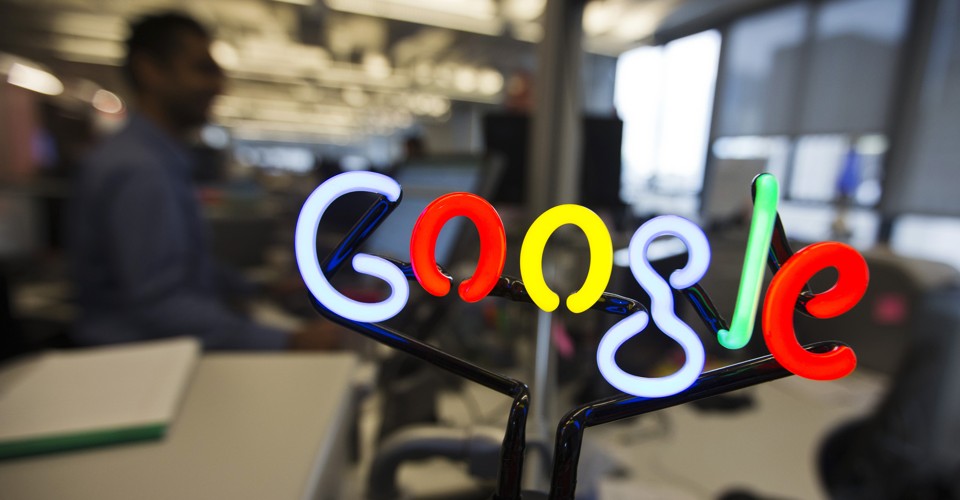 For once, Google does something truly worthy of commendation.

This recent story in The Atlantic states that effective in about two months, Google will no longer allow advertisements for companies which make loans due in less than 60 days, or in the US, with interest rates above 36% APR. (I have reviewed the terms for many such loans, and I have yet to see a payday loan or title loan company offer a loan anywhere near as low as 36% APR; usually it’s at least 200% APR, sometimes over 400% APR.)

I am not sure of the reason in the two-month delay in prohibiting the ads, but this is a rare occasion where I believe Google is doing the right thing. Even better, it appears the motivation behind this is completely moral and ethical, as opposed to just avoiding bad PR or lawsuits from end users. From a statement written by David Graff, director of global product policy at Google:

In that vein, today we’re sharing an update that will go into effect on July 13, 2016: we’re banning ads for payday loans and some related products from our ads systems. We will no longer allow ads for loans where repayment is due within 60 days of the date of issue. In the U.S., we are also banning ads for loans with an APR of 36% or higher. When reviewing our policies, research has shown that these loans can result in unaffordable payment and high default rates for users so we will be updating our policies globally to reflect that.

This change is designed to protect our users from deceptive or harmful financial products and will not affect companies offering loans such as Mortgages, Car Loans, Student Loans, Commercial loans, Revolving Lines of Credit (e.g. Credit Cards).

[O]ur hope is that fewer people will be exposed to misleading or harmful products.

Now, I will concede that it was perhaps not the brightest move for what was at the time called Google Ventures, now called GV (the venture-capital arm of what used to be Google, Inc., now Alphabet, Inc.), to provide some of the seed funding for LendUp back in 2013. (One of LendUp’s products is short-term, high-APR loans of the sort which won’t be able to be advertised on Google when the new rules take effect. LendUp’s other products are not nearly as predatory, and I have even applied for their credit card not too long ago. Still, a lot of people criticize LendUp for their high-APR short-term loans and I don’t blame them.)

GV would probably like to have that one back now, and I don’t blame them. There is a Chinese proverb which states “The best time to plant a tree was 20 years ago; the second best time is now.” I think a form of that certainly applies here. GV can’t fix the past, but Google can certainly make a move towards a better future. Even the best companies make mistakes: Ford’s Edsel marque, New Coke, the 1960-1963 Chevrolet Corvair just to name a few. While GV and Google are completely independent of each other now, it is my hope this move signals a true change in direction going forward for all companies under the Alphabet umbrella.

Bleacher Report broke this story on Dwyane Wade’s apparent disrespect for the Canadian national anthem before the Miami Heat’s Game 3 loss to the Toronto Raptors on Saturday. Mr. Wade was continuing to shoot buckets during most of the opening verse of “O Canada.” Quoting the article:

Wade explained on Sunday how he didn’t mean it as a slight to Canada, saying, per the Associated Press’ Tim Reynolds, “If anyone thinks I was being disrespectful, they don’t know who Dwyane Wade is.”

The 34-year-old veteran added, per the Palm Beach Post’s Jason Lieser, “I understand whatever’s said about it, but I’m not a disrespectful person.”

Reynolds went on to explain how part of Wade’s pregame ritual includes making his last shot before lining up for the national anthem. He kept failing to convert that aspect of his routine, which explained the ongoing quest for a bucket before “O Canada.”

I don’t care what level of basketball you are playing or how much you are getting paid. If the event is of enough importance that a national anthem–whether your country’s or that of your opponents–is being performed before the game, the proper thing to do is be respectful and stop whatever you are doing. Respect is the most important part of any pregame ritual.

Mr. Wade’s comments only aggravate the situation. His words speak the exact opposite of his actions. And honestly, his words ring rather hollow. The video of Mr. Wade shooting baskets during the opening verse of “O Canada” will certainly make its way around much faster than any lame excuses he can offer up for his disrespectful and egomaniacal actions.

According to Wikipedia, Mr. Wade is getting paid $20 million this year. Perhaps a large fine will get his attention that shooting extra hoops during a national anthem is something you Just Don’t Do. Shame on you, Mr. Wade.

A recent story in the Washington Post highlights an editing decision made by a major sports network which, in light of recent events, is rather suspicious.

Recently, ESPN parted ways with former Boston Red Sox pitcher Curt Schilling who had been hired on by the network as a baseball analyst. ESPN found Mr. Schilling’s recent social media posts to be out of line, and I will admit that I find a lot of the stuff Mr. Schilling posted to be rather distasteful and tacky. (I’m not going to get into what’s been said about others at ESPN having similar viewpoints that haven’t been posted to social media; that’s a bit tangential to the main focus of this post, though it is noteworthy. I don’t have the specifics handy at the moment, but I may explore that issue deeper in a later post.)

However, what ESPN did next isn’t much better. ESPN needed to edit down a documentary (for time) about the 2004 ALCS series and the amazing comeback staged by the Boston Red Sox to come back and win the series in seven games after losing the first three in a row. Mr. Schilling’s performance in Game 6, known to many baseball fans (Red Sox and otherwise) as the “bloody sock game”, was central to the team’s comeback effort. Surprisingly, somebody at ESPN decided to cut the entirety of the portion about that Game 6, basically cutting Mr. Schilling out of that airing completely. From the story:

“When a live event runs long, it’s standard procedure to shorten a taped program that follows,” an ESPN spokesman told The Post. “In this case, we needed to edit out one of the film’s four segments to account for the extra length of the softball game.”

What an amazing coincidence! This looks incredibly bad on ESPN; I don’t care what Mr. Schilling said or why ESPN felt it was necessary to fire him. The editing gaffe that ESPN made here is paramount to revisionism and basically says that Mr. Schilling’s Game 6 performance is less important than what happened in Games 4, 5, and 7, or put another way, that the Red Sox could have won that ALCS without him. Looked at another way, the edit by ESPN says they would rather pretend Game 6 didn’t even happen, because of who pitched most of it (Mr. Schilling). Any way you slice it, this is pretty distasteful and I don’t buy that it’s a mere coincidence in the least.

The best parallel I can draw here is in chess, with the late Bobby Fischer’s somewhat well-known “fuck the US” rant shortly after the terrorist attacks on 2001-09-11. I believe it is possible to condemn the increasingly radical political viewpoints held by Mr. Fischer during his later years, and still positively reflect on his contributions to the chess community during the 1970s and 1980s. Of course, the two situations are not identical in the least. (Mr. Fischer didn’t return to the US after a rematch with Boris Spassky in 1992, due to the fact the match violated a UN trade embargo and an executive order from then-President George H. W. Bush, and there was a warrant for his arrest issued at the conclusion of the match. Mr. Fischer lived as a fugitive for years never returning to the US for the final 16 years or so of his life.)

Even today within the chess world, Mr. Fischer’s anti-American and anti-Semitic rants in his later life are the source of quite a bit of debate. And maybe I am the odd one out for having different opinions of Mr. Fischer as a chess player up to the 1970s versus Mr. Fischer post-1992, or having different opinions of Mr. Schilling’s performance as a baseball player versus Mr. Schilling as a baseball analyst and social media user.

Regardless of whatever animosity ESPN may have towards Mr. Schilling, “coincidentally” editing out a segment which covers perhaps his best known accomplishment for time presents entirely the wrong impression. Hopefully they won’t get this one wrong again.