It’s that time again. Four years later, and along with the big one (the presidential election), here in Harris County, Texas, the major law enforcement-related positions are once again up for election.

I’m going to just comment on the races I know about, some of them from the standpoint of the party primaries, some of them mainly in the context of the general election, in no particular order.

First up, Harris County sheriff. Both parties have multiple candidates vying for the position. The Democrats have incumbent Ed Gonzalez, running against Harry Zamora and Jerome Moore. I personally see no reason to replace Ed Gonzalez, plan to vote for him in the primary, and also expect him to easily win the primary.

If only things were so simple on the Republican side. Randy Rush got the endorsement from the Houston Chronicle. His challengers are Paul Day, who might not be so bad… and of course, two-time losing candidate for Precinct 1 Constable Joe Danna, who I just now found out actually got fired from his deputy constable position right after the 2012 election (for falsely stating he served someone with papers at an address later shown to be a vacant apartment at the time). His LinkedIn listed his occupation as self-employed; the Community Impact Newspaper lists it as deputy sheriff which means either someone failed to check him out or chose to ignore what they found. I’m encouraging my Republican readers to vote for Randy Rush, the most fit for the office of the three.

The Precinct 1 Constable election also looks interesting, with three Democratic challengers to incumbent Alan Rosen, those being “Ced” Collier, Perry D. Wesley, and Gilberto Reyna. Nobody is running in the Republican primary, so this may well be a de facto election of a new constable. I don’t see any reason to unseat Alan Rosen as of now.

My choice for president is pretty easy: Bernie Sanders, probably the most electable of the field. Though, there are a lot of good choices; if you are voting Democrat and just can’t bring yourself to vote for Bernie, please choose wisely among the remaining candidates. On the Republican side, there are challengers to the incumbent but I’m not expecting any of them to carry Texas. (I will probably discuss this more as the general election draws closer, but we need to slam the brakes on the country’s ride straight to hell, and that means voting for whoever wins the Democratic primary come November.)

There’s a US senator seat up for election in Texas, too. On the Democratic side, I’m not sure who the front-runners are in the field of eleven, but Sema Hernandez seems to be a solid choice. On the Republican side, it would be nice to see someone oust John Cornyn, but I’m not counting on it by any means. I do think Cornyn needs to go. Beto O’Rourke almost beat Ted Cruz in 2018; I’m hoping higher turnout this time around means we will finally get rid of Cornyn.

More as we get closer to election day… 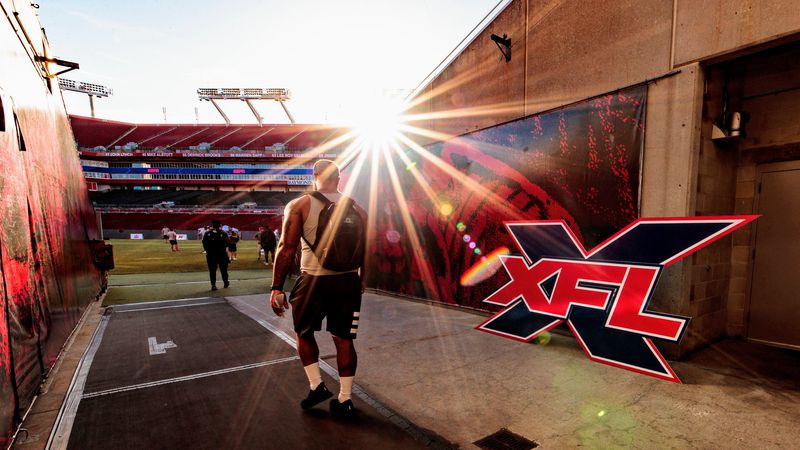 If you are not up on exactly what the rule changes are between the (current) XFL and NFL, this article at the Tampa Bay Times, the Wikipedia article on the current XFL, or the YouTube video embedded below should help bring you up to speed. I’m going to assume you’ve either read or watched in the rest of this post. Note that I’m not going to necessarily go through the changes in the same order as either the articles or the video, nor am I going to go through every single change (there are a lot).

The first change that, to me, completely messes with the balance of the game and the scoring as we have come to know it in NFL, NCAA, NFHS, and other high school football, is the extra point conversion. In the XFL, all conversions are by a play from scrimmage, not a kick, with a play from the 2-yard line scoring one point, from the 5-yard line scoring two points, and from the 10-yard line scoring three points. This means, potentially, that a team could kick three field goals and merely tie the game if the other team scores a touchdown and a three-point conversion. (I intentionally leave the CFL out here as they have their own oddball set of scoring rules.)

The last time the NFL has tinkered with the scoring rules was in 1994 to add the two-point conversion. Before that, the last change in scoring was in 1912 when a touchdown was increased from five points to six, three years after a field goal went down from four points to three (see this history of NFL rules page). There is a reason for that, and I think if there was a compelling case for a three-point conversion, we would have seen it in the NFL by now.

One of the less questionable changes is the XFL’s decision to allow multiple forward passes behind the line of scrimmage. However, I still feel like this allows some plays that shouldn’t be legal plays, particularly in a professional league. Stuff like throwing a forward pass from five yards behind the line, to a receiver a yard behind the line, who can then throw forward again to a guy in the end zone, touchdown. If we’re going to have a football analog to Harlem Globetrotters basketball, this makes great entertainment, but it isn’t the football I turn on the TV to watch.

However, the XFL wasn’t done botching the rules after those two changes. Perhaps the most egregious change is the “comeback period”. In the NFL, the clock stops after a timeout, incomplete pass, or a player going out of bounds, and at two minutes left in the half. In the XFL, the clock runs continuously until two minutes remaining in the half, and then during the last two minutes of each half, the clock stops after every play. Not only that, but the clock doesn’t start again until five seconds are off of the play clock. I’d rather see the halves made longer with 16- or 17-minute quarters rather than this botch of a rule change.

Speaking of the play clock, that’s another one the XFL has tinkered with. The play clock in the XFL is always 25 seconds, versus the NFL where it’s 40 seconds with a few situations where it starts at 25 seconds. (Sidenote: Arena Football uses a 32-second play clock, which makes a bit more sense since it takes place on a smaller field.) This, to me, seems like more change for the sake of change.

Another knob that Vince McMahon felt like twisting was the number of timeouts per half. The XFL only gives you two, unlike most other football leagues where you get three. I’m not a fan of this one either, it has potentially more implications for competitive imbalance than may be obvious at first glance.

Yet another oddball rule change the XFL decided to implement is the adoption of the NCAA and NFHS “one foot in bounds” rule for pass completion (as opposed to the NFL which requires two feet in bounds). If this was such a great change for a professional league, the NFL would have adopted it years ago. (And I know the CFL also uses the one foot rule, but again, it’s a different beast.)

I’m not going to go through every rule change, though I will mention in passing that a bunch of knobs have been twisted around. Things like kickoffs, punt returns, overtime, etc. Arguably, it’s almost like crumpling a paper airplane into a ball and still calling it a paper airplane. But the real deal breaker to me is a rule change that amounts to a bill of attainder against Colin Kaepernick and those who take his side: players are required to stand for the national anthem. (See previous post from 2016 August.)

Some will say Colin made his point already. I don’t think he has, at least not to the right people; too many people still think Colin was protesting the anthem itself (he was, and we would assume still is, protesting racial injustice). There are NFL players still taking a knee during the anthem, one of them playing for the Houston Texans. I would much rather have seen the XFL take a policy to either not have the national anthem before games, or allow players to remain in the locker room.