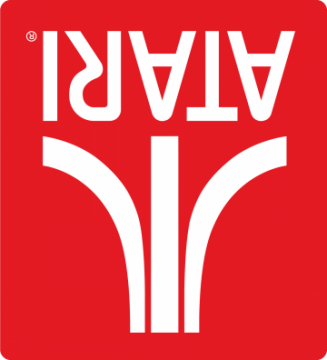 So not too long after or perhaps even right before that previous post went live, the Game Developers Conference made the predictable, easy, and feel-good decision to rescind the Pioneer Award they planned to give to Nolan Bushnell. For reasons stated previously, I think this is the wrong move.

I’m going to go as far as to say that the GDC’s action to rescind Nolan’s award does far more to devalue it than proceeding with the original plan to present it to him ever would have. Apparently, now it’s acceptable to judge 1970s conduct by 2018 standards. This is grossly unfair to those who just “went with the flow.”

One post shared to the AtariAge group on Facebook, by way of a group called Classic Home Video Games, states “Sounds like he’s guilty of nothing more than partying, consensual/casual sex, and living in the swingin’ seventies.” This roughly aligns with how I feel.

Another post to the AtariAge group said, simply, “Nolan responds with class” and includes a link to Nolan’s official statement, posted to Twitter as an image, reads as follows:

I applaud the GDC for ensuring that their institution reflects what is right, specifically with regards to how people should be treated in the workplace. And if that means an award is the price I have to pay personally so the whole industry may be more aware and sensitive to these issues, I applaud that too. If my personal actions or the actions of anyone who ever worked with me offended or caused pain to anyone at our companies, then I apologize without reservation.

Maybe a lot of people see it as classy, but I am disappointed in Nolan’s response. The apology is understandable, but rolling over and saying in effect that it’s okay to go back and basically rewrite history is not. We know what acceptable conduct is in 2018. We know a lot of what went on in the 1970s and early 1980s would not fly by the standards we have here in 2018. I don’t see what’s so wrong with acknowledging that in the same breath as recognizing the good associated with the Atari and Chuck E. Cheese brands as the video gaming institutions that they are, by giving the founder the originally announced award.

There’s no nice way to say this: Nolan Bushnell got robbed, and the GDC really stepped in Bantha poop this year. I would go as far as to interpret Nolan’s statement as being made under duress, that that can’t possibly be what he really wanted to say, and the only reason we are reading what we are is he’s speaking out of fear of never getting this award. There’s really no other logical explanation for rolling over and saying it’s okay for the GDC to do this. Because it was not okay. A lot of the stuff that went on at Atari in the 1970s wasn’t okay either by today’s standards, but the reality is the same Atari where Nolan wore his “I love to fuck” T-shirt is the same one where all that magic happened.

I am not taking the side of sexual harassers of decades past, but instead, I am taking the side of fairness and decency, and recognizing the good achievements of someone even if there is some not-so-good mixed in with them. However, I am going to find it very difficult to recognize whoever gets the 2018 Pioneer Award in Nolan’s place to have received something that rightfully belongs to them, or to recognize the award at its full value. I can already tell you the very best case is that I’m going to be rather annoyed unless the GDC fully reverses course. At worst, my outrage knob is going to be turned up to eleven.

Here’s to hoping the GDC comes to its senses in 2019 and give the award to Nolan Bushnell as it was supposed to be this year. I’m hoping this #metoo stuff will have finally blown over by then.

(For those expecting my take on the State of the Union address, I have not forgotten about it; that will be addressed in a post no later than Friday. I have a huge backlog of draft posts to finish; hopefully, I’ll be caught up before Valentine’s Day.) 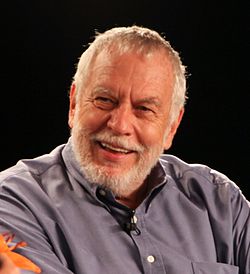