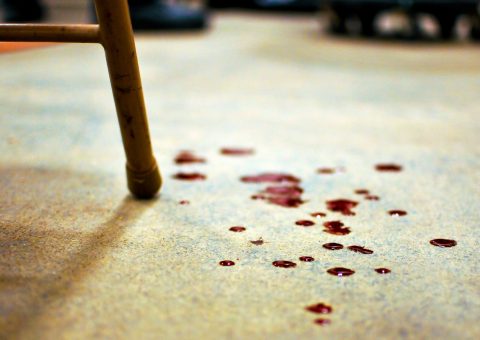 I realize it’s been a while since I’ve posted here. I am still keeping up with current events and I am most acutely aware of the school shooting at Robb Elementary school in Uvalde. It was the deadliest school shooting since the Sandy Hook Elementary shooting in Newtown, Connecticut, back in 2012 . This time, the perpetrator was an 18-year old male. This was the 337th school shooting since 1999, the 140th with at least one fatality, the 48th with multiple fatalities, the 21st to happen in the state of Texas (!), and the seventh where more than 10 lives were lost.

I’m honestly sick of reading about children dying for no good reason. I honestly feel for these kids that have to have active shooter drills the same way we had fire drills when I was in school. That this is actually a situation that happens often enough the kids need to practice for it is grossly unacceptable and a sign of our egregious and inexcusable failure as a society.

I remember when the Sandy Hook Elementary shooting first happened, and people were saying it was “too soon” after the shooting to talk about the problem. As often as these school shootings have been happening over the last two decades plus, that’s no longer an acceptable reason. It’s almost always going to be “too soon” because there are simply too many.

And then there is the worn-out “thoughts and prayers” that come from our elected officials–particularly Republicans–after each one of these tragic and preventable disasters. I’m absolutely sick and tired of hearing “thoughts and prayers” when we need to fix this by taking real, meaningful action. It’s a valid question why our laws allow gun dealers to sell weapons like the AR-15 here in the United States. But beyond this, why the hell is an 18-year-old able to buy one? What possible utilitarian function does an AR-15 have (to law abiding citizens, anyway)? This thing isn’t a hunting rifle; the designers of this weapon made it for one thing: killing people, and killing a lot of them. For a decade, 1994 to 2004, Federal law prohibited the manufacture and import of these and other so-called assault weapons. Not surprisingly, after the ban expired, the next few years saw a huge jump in the number of school shootings. This is either one hell of a coincidence, or strong evidence that the assault weapons ban was a step in the right direction. I’m more inclined to believe it is the latter.

I’m not saying we need to get rid of all of our guns here in the United States. There are valid utilitarian and legal purposes for firearm ownership (hunting and self-defense). But I’m sick and tired of reading about innocent schoolchildren becoming mass murder victims, and I know I am not the only one by far. By any reasonable standards of decency and acceptability, the current situation is outrageous and unacceptable. We have long since moved past any point where “thoughts and prayers” made sense.

We need to take action to keep violent, terrorist acts like this from happening again, particularly on school campuses. And we need to do it now. (Yes, I said “terorrist”. This, like every school shooting before it, was domestic terrorism.)

I’ve weighed in on this topic before, but this is a different angle that more directly affects me. Specifically, the kind of thinking I have found out about most recently is extremely flawed, and dangerous to video gamers everywhere if allowed to become a mainstream point of view.

A recent Salon.com article entitled “‘Gamers’ are not the enemy” by Andrew Leonard takes a highly critical look at a recent report on the Sandy Hook shooter by New York Daily News reporter Mike Lupica. As summarized by Andrew’s article, Mr. Lupica calls a spreadsheet of past mass murders found in the house where the shooter was living a “score sheet” and makes the jump that it was the shooter’s goal to put a new “high score” on that list.

Andrew fights back in his post, with the facts. Such as this gem:

According to the CDC, “Homicide rates for males, ages 10 to 24 years, declined from 25.7 per 100,000 population in 1991 to 15.3 per 100,000 in 2007.” Now there are surely factors influencing that drop that have nothing to do with video games, but judging from that one statistic alone, logic would dictate the conclusion that playing video games has been beneficial to society instead of the reverse. Certainly, a massive increase in hours spent video gaming has not resulted in a rising murder rate.

Even if the bit about this being a “score sheet” is true, the vast majority of video gamers don’t engage in this type of behavior, and it is more indicative of other mental illness(es) which don’t have anything to do with the fact the shooter was a heavy video game player. To blame the video games on this is incredibly short-sighted and smacks of a flimsy excuse to severely cripple (or possibly kill off outright) an entertainment medium which is still relatively young.

It is far more relevant that the shooter had such easy access to firearms. Of note, the shooter did not actually own these firearms, his parents were the registered owners. These are facts conveniently left out of the campaign for gun control laws–no amount of background checks would have kept a shooter in a similar situation from getting access to the guns!

It goes back to how we take care of the mentally ill in this society, and the stigma we have placed on mental illness as a society. These are the problems we need to solve if we want to keep another Sandy Hook, another Columbine, another Bath from happening. We won’t fix them by doing a hatchet job on video games, and we won’t fix them by castrating the Second Amendment.

I’ve said I’m going to weigh in on the aftermath of the Sandy Hook Elementary School shooting (and the Lone Star College-North Harris shooting which received additional press as a result of its timing), and I am. Instead of citing a news article like I usually do, I’m going to cite Wikipedia’s article about the Sandy Hook shooting since I’m pretty sure it’ll be around long after whatever link rot usually hits the online news articles I cite.

In summary, where we are at two months later: a ban on so-called “assault weapons” has been proposed. For a while, it was impossible to avoid news coverage relating to proposed changes to firearms regulations. Meanwhile, the coverage related to what we’re going to do about mental health issues as a society is near zero.

First, just to be sure we are clear: I vehemently condemn this senseless act of violence. I don’t know what the shooter was thinking, and none of us probably ever will. But I don’t want the Sandy Hook kids to have died in vain, thus the rest of this post.

I believe gun control in general to be a dubious concept. “When guns are outlawed, only outlaws will have guns” is more true than most people would like to think. There are certainly ways for the next Sandy Hook shooter intent upon causing death and destruction, from my old favorite the potato cannon all the way down to domestic improvised explosive devices (IEDs) made with chemicals purchased at hardware stores and model rocketry supply stores.

Really, you can background check, fingerprint, retina scan, DNA sample, urine sample, and psychologically examine all you want, but in the end, those who want to will still find ways to buy either pre-assembled tools of terror or the components to assemble such a device of disturbance. The hobbyist horticulturists in our society will certainly take a dim view of requiring a background check and another license to buy fertilizer.

I’m also against more ridiculous regulations on the video game industry. Getting rid of violent video games completely wouldn’t stop this (not that anyone is advocating this, of course). If nothing else, violent games can always be released as free software for computers over the Internet, and there are huge First Amendment issues from trying to stop such a release. Other attempts to restrict video games by content have already been ruled as against the First Amendment. (This is another reason I really don’t do proprietary console games anymore, as game console makers such as Sony, Nintendo, and Microsoft use Digital Restrictions Management (DRM) in an attempt to maintain control over what games can play on their respective consoles. It is impossible today to release a game to play on an unmodified game console without having it appoved by that console’s manufacturer, and usually “mod chipping” a console voids the warranty at minimum and can cause problems playing legitimate games.)

Mental health shouldn’t have the stigma that it does. This is part of the problem and getting rid of the stigma behind a diagnosis and/or getting help for mental illness needs to be part of the solution. We also need to re-examine mental health care and make sure those who need help can get it.

(I’m sorry this took so long to get written and posted, but I feel the issue is still timely as the debate is still ongoing.)